The University of Malaga (UMA) offers you the chance to read for a Spanish Degree in Law whilst pursuing a course in English Law Studies. A Spanish Degree, of four years duration, makes you eligible to take up Spanish post-graduate courses in the legal field and to prepare for the Spanish professional examinations.
The English Law Studies course also extends over four years running parallel with the Degree program and, at the end of each year, successful students are awarded a ‘certificate of specialization’ by the University of Malaga. This is a specific qualification conferred by this University. The professor who has responsibility for the English Law Studies course is Dr. John Brebner, an experienced International lawyer and lecturer. Other qualified professors and practicing lawyers also take part in the teaching.

Why study Law in Malaga?

Spain is one of many countries across the globe whose legal traditions are rooted in the system of Napoleonic law, often referred to as the ‘civil law’ system, to distinguish it from ‘common law’. The civil law system prevails in many parts of the world including most of the continents of Europe and Africa and, of special significance for Spanish speakers, throughout South America, Mexico, Puerto Rico and widely in some states of the USA.

A Degree in Spanish Law will therefore open doors for you as practicing lawyers and university lecturers across whole continents and, of course, in the hugely attractive market that is growing for dual qualified professionals in Spain itself.

Spanish, with some 400 million speakers, is the most spoken ‘first language’ in the world after Mandarin (with about 800 million). A further 100 million people are estimated to speak Spanish as a second or third language. In the United States alone, it is estimated that some 45 million people speak Spanish as a first or second language and there are many bi-lingual speakers working at a professional level particularly in the states of Florida and California.

English follows with an estimated 375 million who speak it as a first language although an estimated further 1,000 million people speak it as a second or third language, thus securing its dominant position particularly in business and finance and in practically all the liberal professions. However, there can be little doubt that interest in ‘Spanish’ as a language is growing all the time. The number of Universities is on the rise in the United Kingdom and Ireland, and further afield in Canada, Australia and New Zealand for example, that offer mixed courses of Law with Spanish and there are already a handful of universities providing degree courses combining both English and Spanish Law not only reflecting the importance of Spanish as a language, but also to the huge influence of ‘civil law’ throughout the world.

If you are a 6th Form college student looking to go abroad for your university training and for the thrill of new cultural and social challenges, you may find our Combined Program at UMA of interest.

After four years you will be academically well prepared in the content and methodology of both the civil and common law systems, you will have achieved a high level of language proficiency in Spanish and you will be eligible to go on to post-graduate studies to qualify as practicing lawyers in one or both countries and further afield, considerably enhancing your career prospects and international mobility.

Malaga itself is attracting the attention of more and more major international businesses and the internationally reputed law and accountancy firms to serve their needs. Moreover, the thriving multinational communities which are expanding all along the Costa del Sol offer many opportunities in the professional and enterprise sectors for those whose preference might be to work in a smaller firm or even set up their own.

So, to sum up, at the Law Faculty at UMA, you will be able to kill two birds with one stone by combining a full four year Degree in Law (taught in Spanish) and a four year parallel course in English Law Studies (in English). You will also be able to attend language classes at the University to rapidly hone your Spanish language skills to the highest level in the early stages if you do not find that studying on a Spanish campus and being totally immersed in the ‘local scene’ is not enough.

If you would like to ask about anything, you may contact me at englishlaw@uma.es. You may call me on the telephone too if it is urgent (0034 659 09 77 21). We may even be able to set up a meeting on ‘Skype’ too if you would just like to chat things through individually or together with some class mates.

Take a look now at these frequently asked questions:

What fees and charges will I have to pay?

[* This is indicative only. The University Degree course is subsidized. The Government is proposing that the autonomous regions increase the current tuition fees by up to 60%. As we write this, no one knows yet what the fees will be. There is strong opposition to any major hike in Andalucia, but an increase of 40% appears likely]

When do I have to pay the fees?

You may pay the Tuition Fees and Administration Charges for the Degree in Spanish Law in two installments: 50% before 1 November and 50% between 15 and 31 December.
You will be required to transfer the Tuition Fee and Administration Charges for the English Law Studies course (396.21€) when confirming your acceptance of our offer of a definitive place by the stipulated cut-off date.

How much money will I need to cover my food and accommodation during term-time?

How well will I need to speak Spanish in order to register for the combined program?

You should have at least a B2 proficiency level (Common European Framework) (See below). You will need to assess yourself in good faith and provide us with a declaration to that effect. You will in all probability fail your examinations if you do not start out with this minimum proficiency level. Re-taking exams can result in your having to pay increased matriculation fees. If your first language is not English, you will require a B2 level of proficiency in English as well:

Can interact with a degree of fluency and spontaneity that makes regular interaction, and sustained relationships with native speakers quite possible without imposing strain on either party.
Can highlight the personal significance of events and experiences, account for and sustain views clearly by providing relevant explanations and arguments.
Can communicate with some confidence on familiar routine and non-routine matters related to his/her interests and professional field. Can exchange, check and confirm information, deal with less routine situations and explain why something is a problem. Can express thoughts on more abstract, cultural topics such as films, books, music etc.

What are the Faculty’s term times?

By what date at the latest should I be settled in Malaga?

It is recommended that you arrive in Malaga as early as you can in September. That will give you time to settle in comfortably and to familiarize yourself with the surroundings and the University before the courses begin (approx. 24th. September).

What A level grades will I need to be admitted to the Combined Program?

The minimum entry requirement for the Combined Program in 2012-2013 is: two B’s and one C. They may be in any subjects.

How will I be examined?

Depending on the subjects, assessments can be by way of a mix of oral and written tests and include group and individual projects and presentations. Attendance at all classes is compulsory for the English Law Studies course.

Can I get help with finding accommodation?

Yes. We will help you and put you in touch with specialised agencies. You will be able to find accommodation within walking or cycling distance of the campus or in Malaga town. The bus ride from the centre of Malaga to the Campus takes about 20 minutes. There is also a regular ‘metro’ service which, like the bus, takes you right to the Faculty’s doors. Connections to the metro can be made from the local railway that runs along the coast between Malaga and Fuengirola. Public transport is economical by contrast to the UK and student cards are available with reduced rates.

Will I be able to make contact with a Spanish student before going?

Yes. We can put you in touch with second year student who will be able to tell you about the Combined Program and answer your questions about UMA and life in Malaga,

What do I need to do to be considered for entry?

Complete the Provisional Entry Application Form which you can download here and send it together with the required documents (see the form) to: 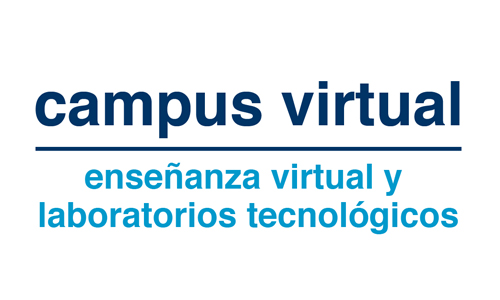 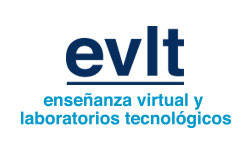