Along with TSN journal, el Aula María Zambrano for Transatlantics Studies UMA-ATECH has published, in the collaboration framework of the University of Málaga and Vargas Llosa Chair, the first two volumes of the collection called Estudios Latinoamericanos. The objective of all their publications is to access to important areas of knowledge and artistic creation in the field of Humanities and Social Sciences, which is projected onto the European world and the American world. 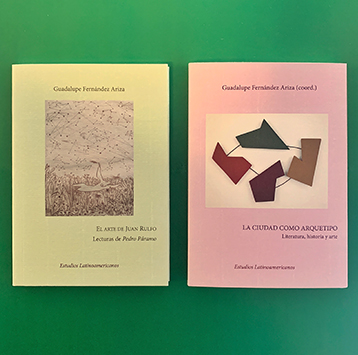 The name of the first book of this collection is El arte de Juan Rulfo. Lecturas de Pedro Páramo written by Guadalupe Fernández Ariza, in which the author start the anthology with an essay about the work of Juan Rulfo, in commemoration of the centenary of his birth and whom he defines as "an exceptional creator". Juan Rulfo was a Mexican writer which publications led him to be a recognized as one of the greatest masters of the Hispano-American narrative of twentieth century thanks to works like  Pedro Páramo, a novel published in 1955, El gallo de oro, and film scripts as Paloma herida.

The second publication, which continues the collection Estudios Latinoamericanos, is dedicated to the topic of the city and the literature, the history and art, with a center of interest in the artistic creation of Mario Vargas Llosa. Thus, the title of this one is La ciudad como arquetipo, and collect the texts corresponding to homonymous seminary, organized by AMZET and Vargas Llosa Chair from 17 to 19 September 2018, among the participants were Vargas Llosa himself and Juan Manuel Bonet who offered an extensive colloquium with information, anecdotes and interpretations of the mentioned topics. 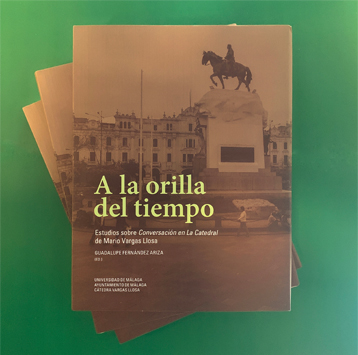 On the other hand, it has also been published the book called A la orilla del tiempo. Estudios sobre Conversación en La Catedral de Mario Vargas Llosa coordinated by Guadalupe Fernández Ariza in cooperation with Teodosio Fernández, Mercedes Linde and Cristóbal Macías, and presented by the Rector of the University of Málaga, José Ángel Narváez Bueno. The authors gathered in this work have done a new read of the work Conversación en la Catedral from various perspectives, with contextual and formal guidelines, in addition to the analysis of literary topics and resources that are new and rooted in the tradition which shared contributions reflect a diversity in the approaches.